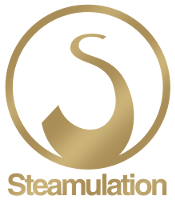 The three part Steamulation Carbon Black Hose Set consists of a black lustrous Steamulation Konus One Carbon Black mouthpiece and a black lustrous hose adapter aswell as a black silicon hose. The hose is connected to the base station without any sealing rings via the adapter. The adapter and the mouthpiece are manufactured from aircraft aluminium in Germany. The special anodized coating that is added after the manufacturing process protects the surface against corrosion so that you profit much longer from the excellent quality of the components. The hose set can be used for all Steamulation base stations. Up to four hose sets can be connected simultaneously to one hookah. Thus, smoking in a group becomes even more comfortable.

There are no reviews yet.